Turnips have a rich history and interesting health benefits, and can be grown easily in spring or fall home gardens. 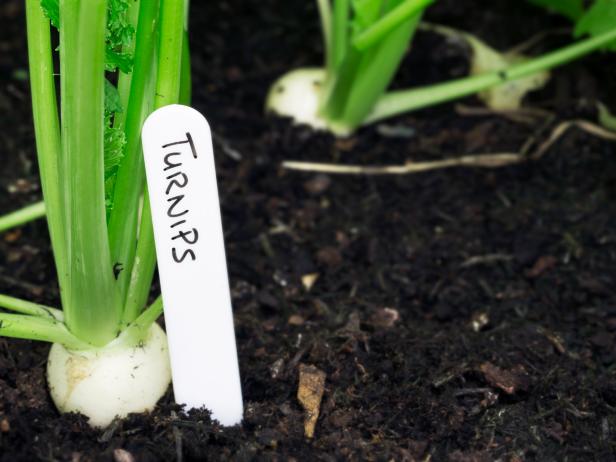 Turnips in the Garden

Quick growing miniature turnips in the garden with a lable and copy space.

Turnips (Brassica rapa) are vegetables grown in cool conditions. Most turnip plants have roundish or conical lower stems and grow partly underground. The turnip typically has white skin, but top parts exposed to the sun can turn purplish, red, or green. Most have entirely white flesh, but they can be pale yellow or streaked with red.

First called napus by early Greeks and Romans, the name became nepe; some English and Scottish people still call turnips neeps. Laster, when paired with “turn” (for round), they gradually became called turnips. In England they are known as swedes, from “Swedish turnip” – the common name that also refers to the larger rutabaga (Brassica napobrassica), a cross between turnips and cabbage that is thought to have originated in Scandinavia.

Ancient Greeks and Romans valued turnips highly for their fast, easy production and ability to be left in the ground for long periods, which helped guard against famine. Turnips were the most staple cool-weather crop before being replaced by potatoes, and were taken to America by English settlers in the 1620s.

The swollen, zesty-flavored, low-calorie root of a turnip is very high in fiber, Vitamins A and C, and the same cancer-fighting compounds found in cabbage and broccoli. They are eaten raw, stewed, roasted, boiled, and mashed, often with other root crops. Turnip leaves or greens are highin vitamins A, B, C, and K, folate, iron, calcium, and thiamine, and are cooked and eaten like spinach or kale.

The somewhat pungent, radish-like flavor of turnips turns mild during cooking. However, like Brussels sprouts they contain an acrid-tasting substance (cyanoglucoside) which makes them unpalatable to people who are genetically more sensitive to bitter flavors; no amount of cooking or butter will make them edible to some people.

Turnips are biennials grown as annuals and eaten while young, usually harvested within six or eight weeks. Because they have the best quality and flavor during cool weather, they are usually planted in late spring and, where seasons are longer or summers hot, again in late summer for a fall and winter crop.

Sow seeds directly on well-prepared, fertile soil, and lightly rake to cover them no more than a quarter to half an inch deep. For large, sweeter roots, thin young plants three to six inches apart; small thinned plants can be cooked and eaten. Reduce insect problems by covering plants with a row cover fabric, or using organic sprays on undersides of leaves when pests first appear.

Harvest greens leaves as they mature, leaving young ones to grow bigger. Pull the roots as needed, but keep in mind that small ones, one to three inches in diameter, are the most tender. In mild weather they can be protected with mulch and left in the ground, or dug and, after removing leaves, stored for a few weeks in the refrigerator or for several months in a cool, dark cellar. 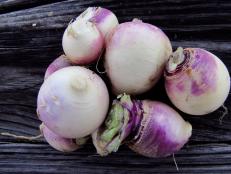 When to Plant Turnips

Turnips are cool-weather plants that can be sown in late winter, spring, or late summer to give them the two months they need to mature before it gets too hot or freezes. 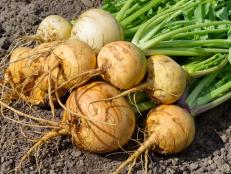 For thousands of years, colorful turnips and their leaves have been an easy-to-grow staple cool-weather vegetable with few pests or problems. 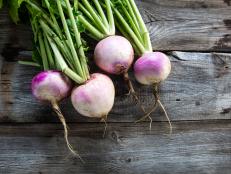 Sowing and saving tiny turnip seeds is fun, easy, and helps you grow some of the most interesting heirloom varieties for planting year after year. 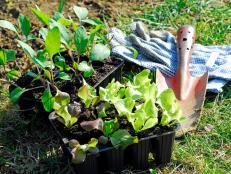 Turnips with yellow flesh are neither hard to find nor hard to grow, though the much more common cousins are very similar in taste and texture. 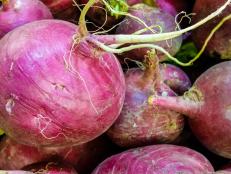 Turnip varieties go way beyond the standard old Purple Top and white Tokyo Cross, to include surprising range of sizes, shapes, colors, flavors of both roots and leafy greens, and time they take from seed to table. 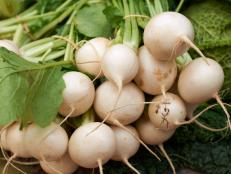 Turnips with white roots are both easy to grow and valued for their tenderness and sweetness, with some compared with apples for their lack of classic turnip tanginess. 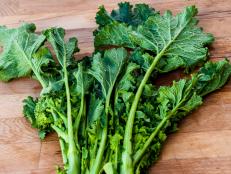 In many cultures, including the Southeast US, turnips are grown as much for their tasty, highly nutritious leaves, called “greens” as for their roots. Here are a few tips to get the most out of turnip greens. 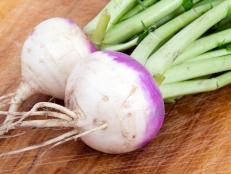 Varieties of turnips with white roots topped with purple are among the most popular of all, and are easy to grow in small spaces in home gardens. 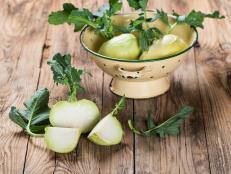 How to Store Turnips

While turnip greens should be consumed within a few days of harvest, turnip roots can be stored for days, weeks, or even months with the right harvesting and preparation. 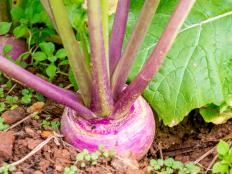 When to Harvest Turnips

Turnips can be pulled and eaten any time after they start growing really well but are completely mature and ready to harvest within six or eight weeks of planting. They can be stored for weeks or even months if harvested correctly.