The Best Hostas to Plant in Sun

Not all hostas are made for the shade. Learn how to grow sun-tolerant hostas successfully and which varieties do best. 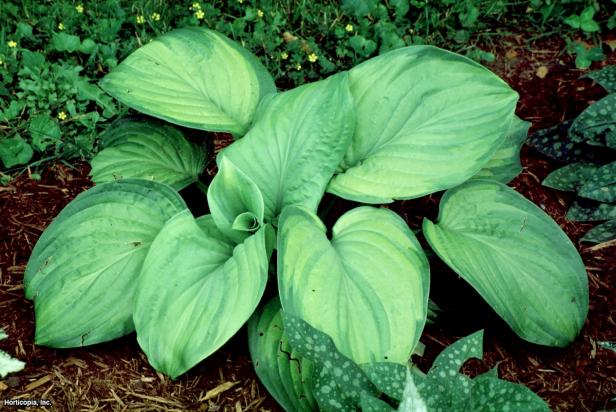 'Guacamole' is a medium-sized hosta with wide, oval leaves the color of—yep, you guessed it—guacamole. The avocado-colored leaves also feature darker green veins and margins. Its white flowers that appear in midsummer are extremely fragrant.

'Guacamole' is a medium-sized hosta with wide, oval leaves the color of—yep, you guessed it—guacamole. The avocado-colored leaves also feature darker green veins and margins. Its white flowers that appear in midsummer are extremely fragrant.

By: Julie A Martens 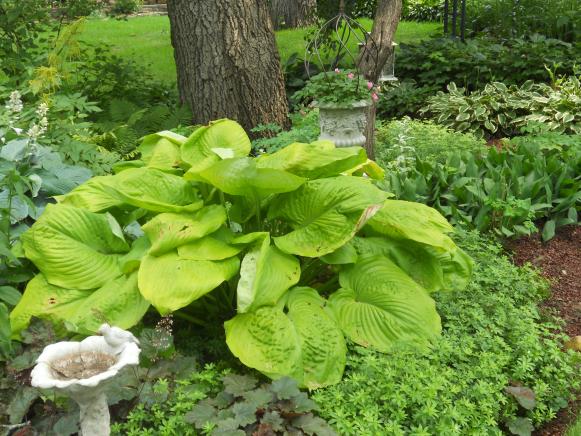 Did you know you could buy hostas for sun? Despite being called full sun hostas, these plants aren’t like a coneflower or daisy that can take eight hours of intense sun. Rather, hostas that withstand sun are referred to as sun tolerant hostas. That means they can take some sun — definitely a little more than most of their shade-loving hosta cousins — but still need protection from hot afternoon sun. Hostas for sun share some common characteristics.

Many of the sun tolerant hostas tend to have thicker leaves. Often the full sun hostas also have very textural leaves with patterns that are embossed, puckered, pleated, wrinkled, or ruffled. Botanically, these leaves are described as being rugose. Many gardeners refer to these types of leaves as corrugated. Hostas with rugose leaves also tend to be more slug resistant. 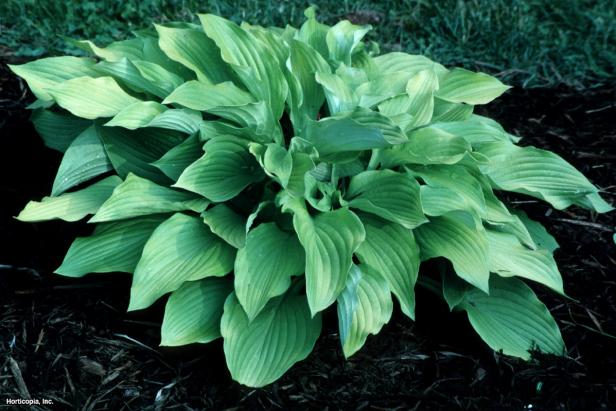 The leaves of 'August Moon' are a light yellow-green that turns gold over time if exposed to enough sunlight. This large hosta can reach a height of 3 feet and a spread of 5 feet wide.

The leaves of 'August Moon' are a light yellow-green that turns gold over time if exposed to enough sunlight. This large hosta can reach a height of 3 feet and a spread of 5 feet wide.

Many hostas with fragrant flowers fall into the sun tolerant hostas group. These hostas usually have a touch of Hosta plantaginea in their family tree. Hosta plantaginea, which is a sun tolerant hosta, is a Chinese native that opens white flowers in late summer at dusk, releasing a heady perfume. Other fragrant varieties of hostas for sun include Hosta ‘Ambrosia’ and Hosta ‘Fried Green Tomatoes.’

Hostas for sun also feature many varieties with gold or yellow tone leaves. These lighter colored hostas do tend to burn in full sun, so plan to provide protection from the hottest afternoon sun. Hosta ‘Sun Power’ unfurls bright chartreuse leaves that splash gold into a planting, while Hosta ‘Fried Bananas’ brings a real glow to any landscape with its shiny gold leaves.

The thing to know about sun tolerant hostas is that while they withstand more sun than traditional shade-loving hostas, they do need protection from sun during the hottest part of the day. In Zone 6 and north, hostas can tolerate more sun than in warmer zones. In the hottest zones, even sun tolerant hostas will  have a tough time withstanding more than a few hours of sun. 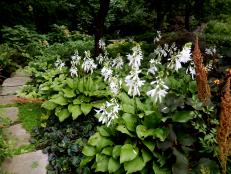 How and When to Plant Hostas 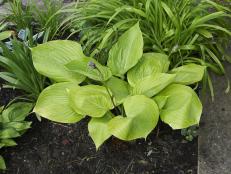 All About Hosta Sum and Substance Plants

Meet the big, bold hosta that will give you neighborhood bragging rights. 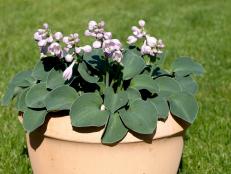 All About Miniature Hostas

Explore the beauty and versatility of miniature hostas. 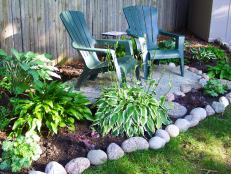 How and When to Transplant Hostas

Learn what you need to know about transplanting hostas, from timing to technique. 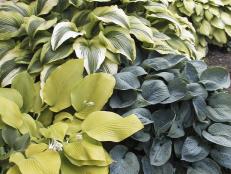 The Different Varieties of Hostas 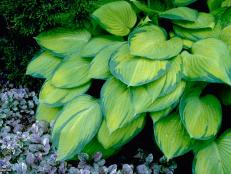 The Different Types of Variegated Hostas

Dress up your yard with the splashy leaves of variegated hostas. 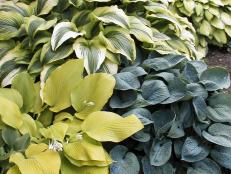 All About the Different Types of Hostas

Give your landscape a splash of easy care color with hosta plants. 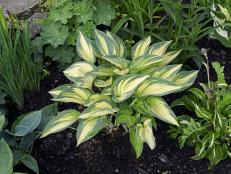 Meet one of the most popular hostas that overflows with character. 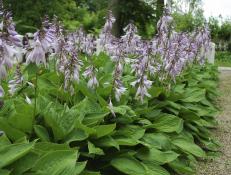 Meet Hosta sieboldiana and its many sports, including ‘Elegans’ hosta. 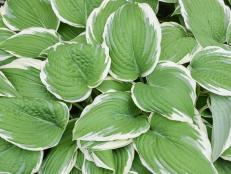 Discover the carefree beauty of ‘Francee’ hosta, with classic variegation in green and white.
7am | 6c
7:30am | 6:30c