Hardy, versatile and eye-catching, these blue-violet blooms are sure to be a showstopper in any garden. 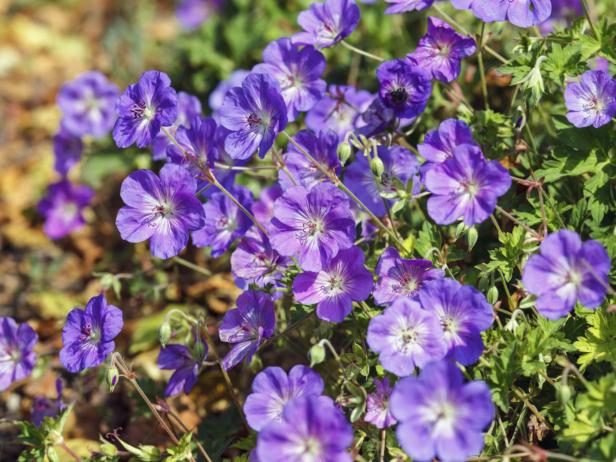 Geranium ‘Rozanne’ is a relatively new species of the plant that was first introduced to the market in the 1990s. It is a hybrid perennial that is the result of a cross between Geranium himalayense and Geranium wallichianum ‘Buxton’s Variety,’ both of which are native to the Himalayas. It was first hybridized in Somerset, England, in the garden of Donald and Rozanne Waterer, which — it’s no surprise — is how it got the name ‘Rozanne.’

‘Rozanne’ is prized for being both heat-tolerant and long-blooming. The five-petal flowers are large in size, measuring approximately 2-1/2 inches in diameter, with blue to blue-purple blooms and white centers. In the fall, as their growing period comes to an end, the foliage will change to reddish brown. They may grow to a height of 1 – 1-1/2 feet tall and can spread up to 2 or 2-1/2 feet in width.

When to Plant and Bloom Time

As with other geraniums, you’ll want to plant this variety in the spring after the threat of a frost has passed, so you can enjoy their blooms until the first chill of the year. Throughout the warmer months, you’ll see new growth occur at the center of the plant, and older leaves may need to be removed from its far-stretching ends. You can expect to see blooms anywhere from May to the first frost, depending on your zone.

Where to Plant and Conditions

If you’re looking for a mounding plant for beds or a trailing option, ‘Rozanne’ is a natural choice. They have also been known to attract butterflies to the garden. Plant them as a border in your beds for a groundcover that won’t quit on you halfway through the summer. They also do well in window boxes and in traditional container gardens — either when potted alone or with plants with similar growing conditions.

Maintain normal amounts of moisture in the soil for these showy flowers to thrive. There are no common insect or disease problems that threaten this variety, so little is required in the way of pesticides or anti-fungal treatments. If flowering stops at any point during their growing period, cut them back a bit to help inspire new growth. You can also do this to help control the spread or reach of the plant. 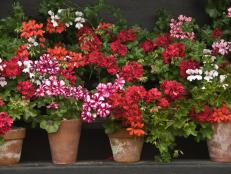 What Is a Geranium?

As one of the iconic blooms of summer, geraniums are often seen in home and commercial gardens throughout the United States. Learn more about them here. 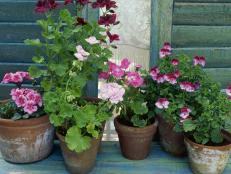 The Different Types of Geraniums

There’s more than one type of geranium. Find out just what you have — or would care to have — growing in your garden with this quick guide. 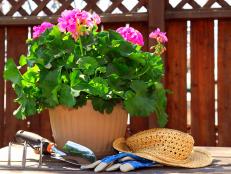 How and When to Plant Geraniums

Learn how to grow and care for these flowering beauties in your own container garden or backyard. 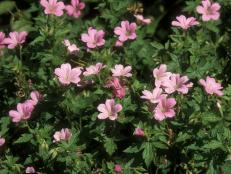 Learn more about the blooms of this classic plant and how you can get the most from them throughout the growing season. 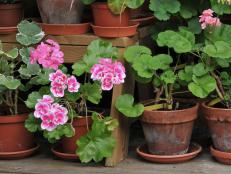 Learn more about this incredibly popular plant, which is a common choice for home gardeners throughout the United States. 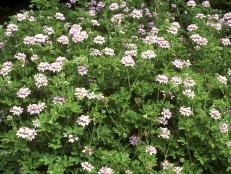 The leaves of these plants can add a fragrant aroma to your garden. 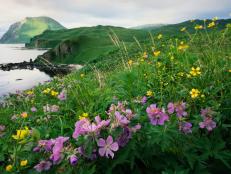 Found in meadows and woodlands, these lavender-colored blooms can be equally beautifully in your home garden. 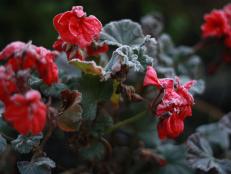 How to Overwinter Geraniums

Make your plants last from one season to the next with these simple ideas. 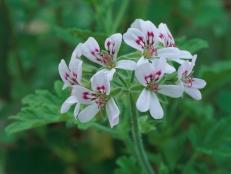 The scented leaves of these light-loving beauties are just one of the reasons to add them to your garden. 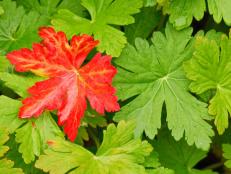 Keep your plant’s leaves healthy and disease-free with ideas from this quick troubleshooting guide.